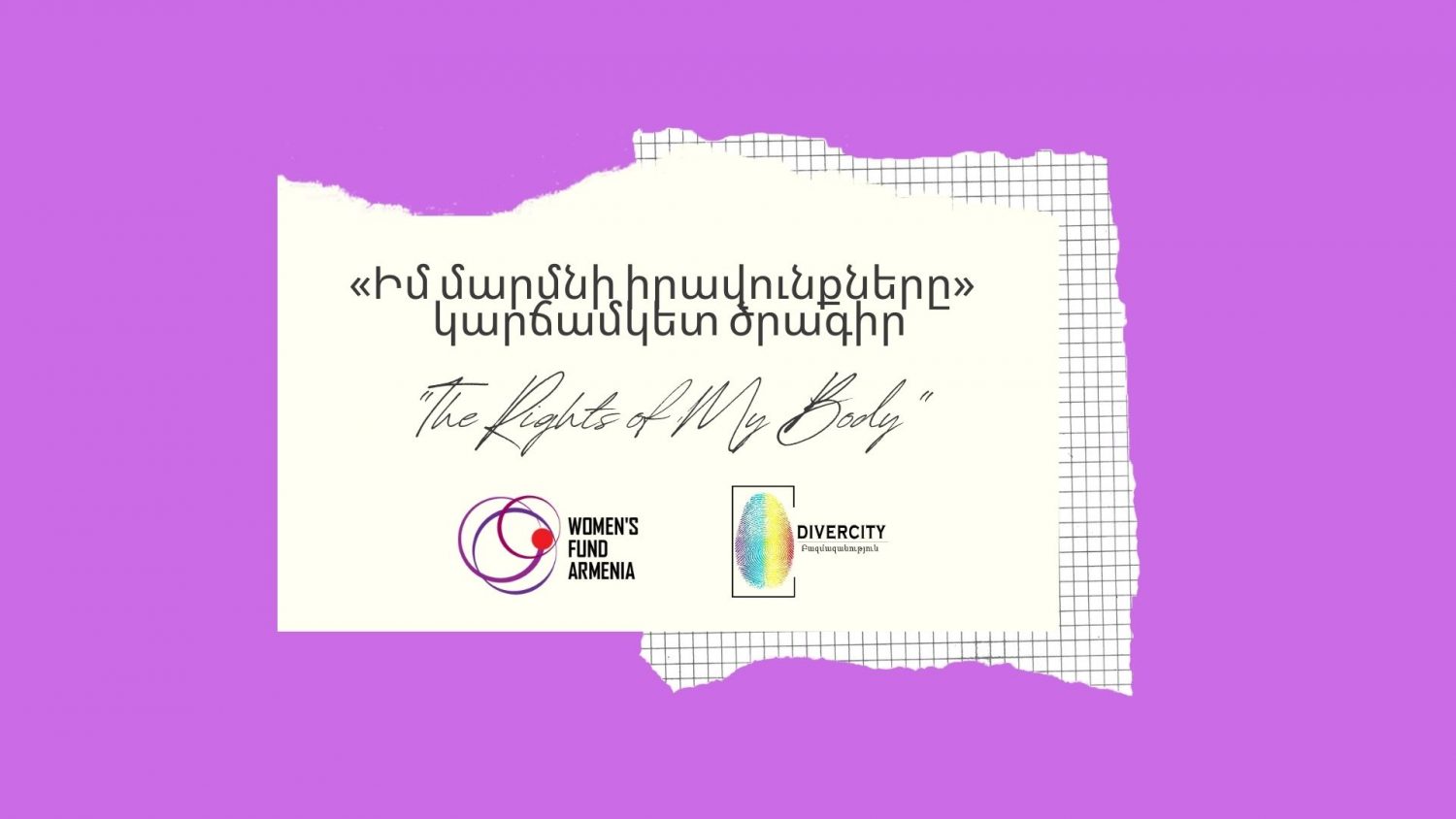 “The Rights of My Body” short-term project

“DiverCity” Social-Cultural, Human Rights Defender NGO in March-May 2021, with the support of the Women’s Fund Armenia, implemented the short-term project “The Rights of My Body” the purpose of which was to speak and raise the issue of sexual health and sexual reproduction of women and girls, creating videos that will present the above-mentioned topics and the rights that protect them. Among the issues of women’s reproduction and related rights, “DiverCity” NGO addressed in detail the issue of early marriages or the marriage of minors and the consequences of this phenomenon. On the other hand, one of the goals of the project was to involve people identifying as women and girls who will be involved in discussions on the issue of early marriages and will present their point of view, will try to have their educational and informational contribution to raise the issue. The short-term goals of the project were to create videos, raise awareness about early marriages and involve young people living in Yerevan and in regions and the long-term goals were to have accessible information that can always be presented to the public on different platforms, through different partners.

One of the key approaches of the project was to work mainly with people identifying as women and girls.

Within the framework of the project, in cooperation with specialists, “DiverCity” NGO shot an educational video of the same name, which you can see on the organization’s YouTube channel.

Then involving people living in Yerevan and in regions, from different communities, the organization held a series of discussions on the above-mentioned issue. Discussions are available on YouTube too and in the relevant video series.

In general, throughout the implementation of the program we have cooperated with almost 40 people from different communities of Armenia.