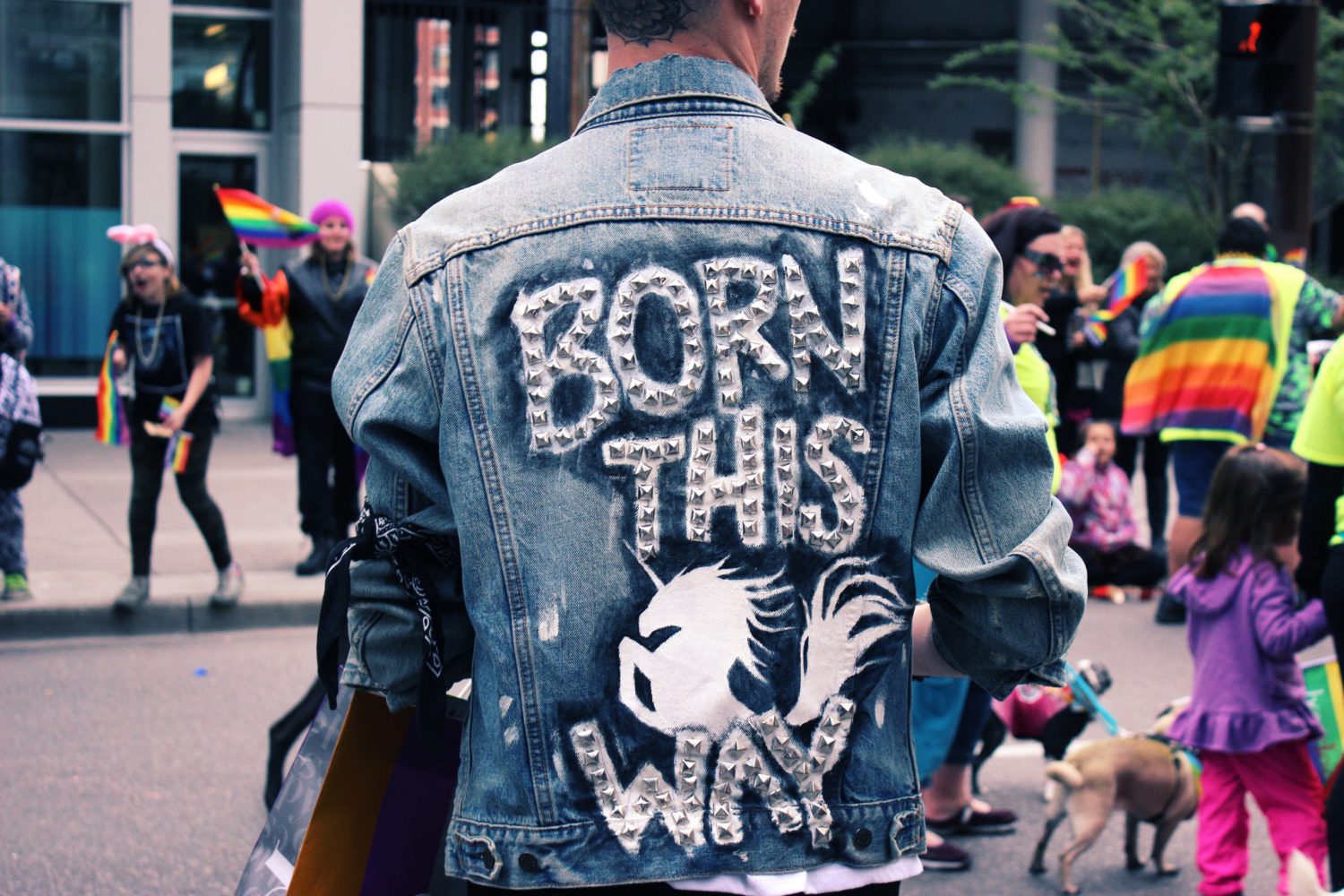 As long as we set up equality, we’ll go in the right direction. Venus Williams 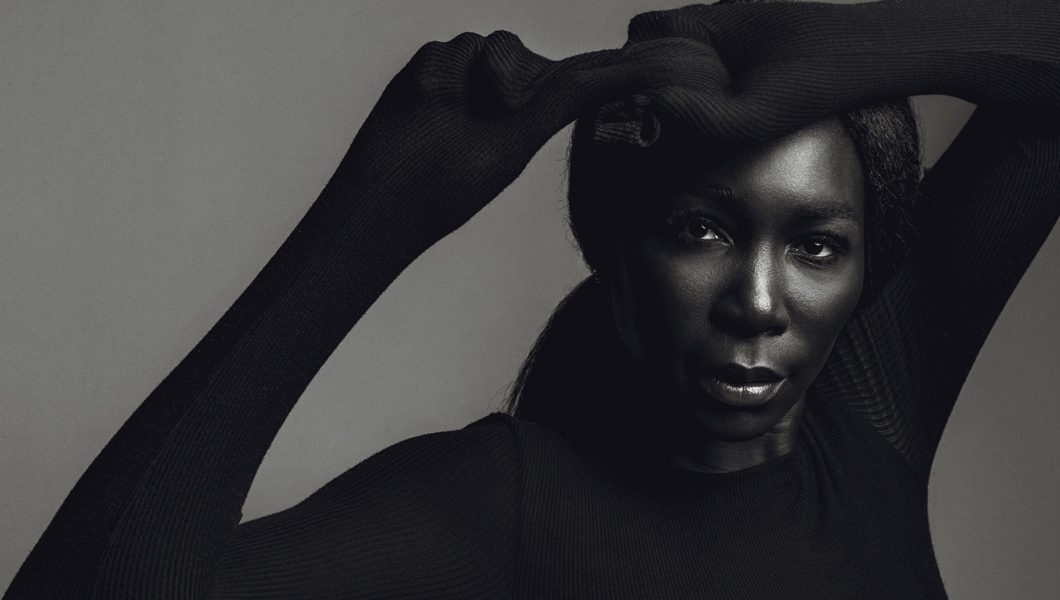 HUMANITY: So, you’ve been a professional tennis player for three decades. What keeps you motivated?

HUMANITY: But you started playing professionally in the ’90s …

VW: But I feel like it’s probably been more like two decades. I don’t need another decade added to my life and career—don’t make me older than I already am, please!

HUMANITY: No, of course not. You’ve just accomplished so much. When you’ve accomplished as much as you have, what gets you going?

VW: I love what I do. I love the challenge and I appreciate it. I think that makes a big difference, when you appreciate what you do. It makes you want to strive and be the best at it and bring out your best. That’s what I want to do every time: Bring out my best and prove that to myself.

HUMANITY: Did you feel that way when you were a little girl starting out?

VW: Perhaps. But I really didn’t think too much. I just loved playing. Subconsciously, or when you look back, you have to think … you have to love it because it’s a ridiculous amount of work and you give up so much. If you don’t love it, it’s impossible to keep that sort of pace.

HUMANITY: What do you love about it?

VW: Of course, I love competition. I think that’s the best part, but also I love the physicality of it. I love putting in the work, and then when you go out and get the results, I think that’s probably the best part. But when you don’t get the result it’s upsetting because you know you have to go back and work even harder, and oftentimes you go back and work harder and harder and harder until you get to where you need to be.

HUMANITY: What advice would you give to kids who dream of being a professional athlete? What would you tell them?

VW: I would say, first off, enjoy it. Enjoy it and believe in yourself, because a big part of it is believing. Everybody’s good, everybody’s trained hard, a lot of people have put in the work, but at the end of the day, do you have the confidence? If you step out there confident, then it’s pretty hard to be beaten. But it’s not easy to step up confidence. It’s a challenge. It’s tough.

HUMANITY: Where do you find that confidence? How did that get instilled in you?

VW: I think I was raised to be confident. That was how I was taught, but also, you’re not going to feel confident every time. So sometimes it’s about portraying that confidence. It’s about faking it. It’s about doing whatever it takes to step out there and do what you need to do to perform, and that’s on the tennis court but also off of it, just in life. You can’t expect to be a hundred percent always, but if you believe in yourself things can start to fall into place.

VW: In my family, success wasn’t really defined by anything at all. It was more or less defined by being a good person. We weren’t really taught, “Oh, you have to win to be successful” or you have to do this or that. We were taught to go out there and try to be a success at the things that you try, so I think I have a more relaxed definition of success, even though I’m a really hard worker and I push hard. I don’t really define my life on the wins or losses or any of those things. I feel like those aren’t the defining moments in my life.

HUMANITY: So what does success mean to you now?

VW: Success for me is being able to live my life with no regrets. To be able to look back and say “I enjoyed my life. I had a good time whether it was win, lose or draw. Whether it was a tough time in life or a good time, I enjoyed it. I enjoyed living.” I think that’s very important. It can’t be a successful life if you didn’t enjoy it. Then what’s the point? Just giving your best every single time. You can look in the mirror and say “I tried. I gave it all. I know I left nothing.” That, to me, is success.

HUMANITY: As a kid growing up, who were your sports heroes?

VW: I only watched tennis, so … I loved Boris Becker and I loved Monica Seles, but I wasn’t like, “Oh, my God. I’m so wrapped up into this, I have to be exactly like them.” I thought they were cool, but I also was just focused on my own goals. But I always just admired their game style and of course their tenacity.

HUMANITY: Who are some of your heroes off the court?

VW: Definitely my mom and my dad, and Serena is a huge hero for me. I think all my heroes are close to home, because those are the ones that motivated me through the tough times.

HUMANITY: What values did they instill in you or did they have that really makes you look up to them and appreciate them so much?

VW: My parents taught us to be our own person and to be confident and take risks, to work hard, to believe in ourselves—all those things that you’re supposed to do but sometimes don’t. That was everything. Then of course Serena is so courageous, and I’ve learned so much from her in life and in tennis. She’s definitely been there for me every single moment whether she meant to or not, just showing the way.

HUMANITY: Did your parents teach you any mantras growing up that have stuck with you?

VW: My dad always said a lot of different things, like “A slow walker is a slow thinker.” And I’ve always walked very fast. I don’t know. My dad and my mom said a lot of stuff. But we were always taught to put God first.

HUMANITY: Sounds like you had incredible support growing up. Any thoughts to how you would approach parenting?

VW: I don’t know. I would hope to be not lazy. I have a dog, and taking care of him seems like a lot sometimes. I do my best, but last night I came home and his water bowl was empty and I felt like such a bad mom. I was literally thinking to myself I don’t know how I’m going to have a child. It would be so hard. That’s the hardest job in the world.

HUMANITY: You broke a lot of barriers of race in tennis—were you aware of what you were doing at the time?

VW: I wasn’t thinking about that. It was about reaching my goals, and I wanted to play pro and to play in major tournaments. I was more focused on that than anything else.

HUMANITY: Was there a point, though, where you did realize that what you were accomplishing was really a big deal?

VW: I don’t see myself as a big deal. I see myself as someone who’s working toward her goals, and I’m still fighting to live my dream out there. So maybe at some point I’ll step back, I don’t know. I feel like I’m caught up in still trying to be more.

HUMANITY: What about the idea of you being a role model to so many?

VW: It’s not necessarily that I ever think “Oh, I’m a role model” or that you’re aiming to be one. It’s just that you realize there’s certain things I probably shouldn’t do because that just wouldn’t be good for myself or others. There is a point when you think about that.

HUMANITY: You’ve advocated for equal pay in sports for women. Why is that important to you besides the obvious? How did you decide to get involved?

VW: I think oftentimes people find themselves involved in things that they weren’t planning on. It’s just about standing up for what you believe is right. For me it’s more and more important to get involved and give back to the next generation. Tennis has given so much to me that I feel I’m at the point where I just want to try to find ways to support others in their goals. And obviously, with equal pay in sports it’s the greater issue of inequality that exists everywhere, unfortunately. It’s sad that we still have to fight for that. The fight for equal pay was really just a bigger conversation of what’s happening around the world with women in the workplace, and I just want to be a part of correcting it.

HUMANITY: What kind of messages do you hope to put out into the world? What do you hope people can take away from your story?

VW: I hope people are inspired to live their dream, because there’s nothing as exciting and amazing as living your dreams. I definitely hope to inspire people to do that.

HUMANITY: As a professional athlete your career ends when you’re still very young. Have you thought about a career after tennis?

VW: We were taught to think about our life after tennis and to develop who we were. That was part of our upbringing. I guess our parents just wanted us to not just be an athlete because that would be so one-dimensional. They really encouraged us to not be defined by our accomplishments in sports.

HUMANITY: You just got your bachelor’s degree last year, and did I read that you’re working on another?

VW: Yes, in business. I’m working on my MFA for interior architecture now, and if I go back again it will be to get my doctorate so people can call me Dr. Williams!

HUMANITY: One thing that women seem to struggle with in general all over the world is this feeling like they need to be beautiful. You’re someone who is really beautiful and in the spotlight. I think sometimes it can be hard for people to see someone like you and ever imagine that you struggle with different things, like feeling not beautiful or feeling not valuable. Have you had moments like that, and can you share what gets you through them?

VW: Everybody wants to be beautiful. I think it’s how we’ve been trained, not because being beautiful is important but because society has placed a value on it. So it’s really the psychology and philosophy of it all, but I think there are moments when you look in the mirror and think “Whoa, what happened to me?” But honestly I’m more focused on what I’m accomplishing than what I look like. That’s always been how I felt. What am I accomplishing when I wake up in the morning? It’s about how do I get better, what am I achieving? That’s pretty much what I recommend—focus on what you want to accomplish. It doesn’t matter what you look like on the outside. You can look amazing, but in the end it’s what we do.

HUMANITY: Can you talk a little bit about your relationship with Serena? How you manage to be the ultimate competitors and each other’s ultimate fans too?

VW: We walk on the court. We push each other whether we’re playing against each other or not. We’re playing side by side or in practice and I want to see her win. A win for her is a win for me, and I think she feels the same. It’s pretty much just that simple. We have a lot of fun and a really great time. She’s a blast and very funny. She’s my little sister but she always has a lot of great advice.

HUMANITY: What’s some of the best advice she’s given you?

HUMANITY: You’re cemented in tennis history. What do you hope your legacy is, both in tennis and just beyond?