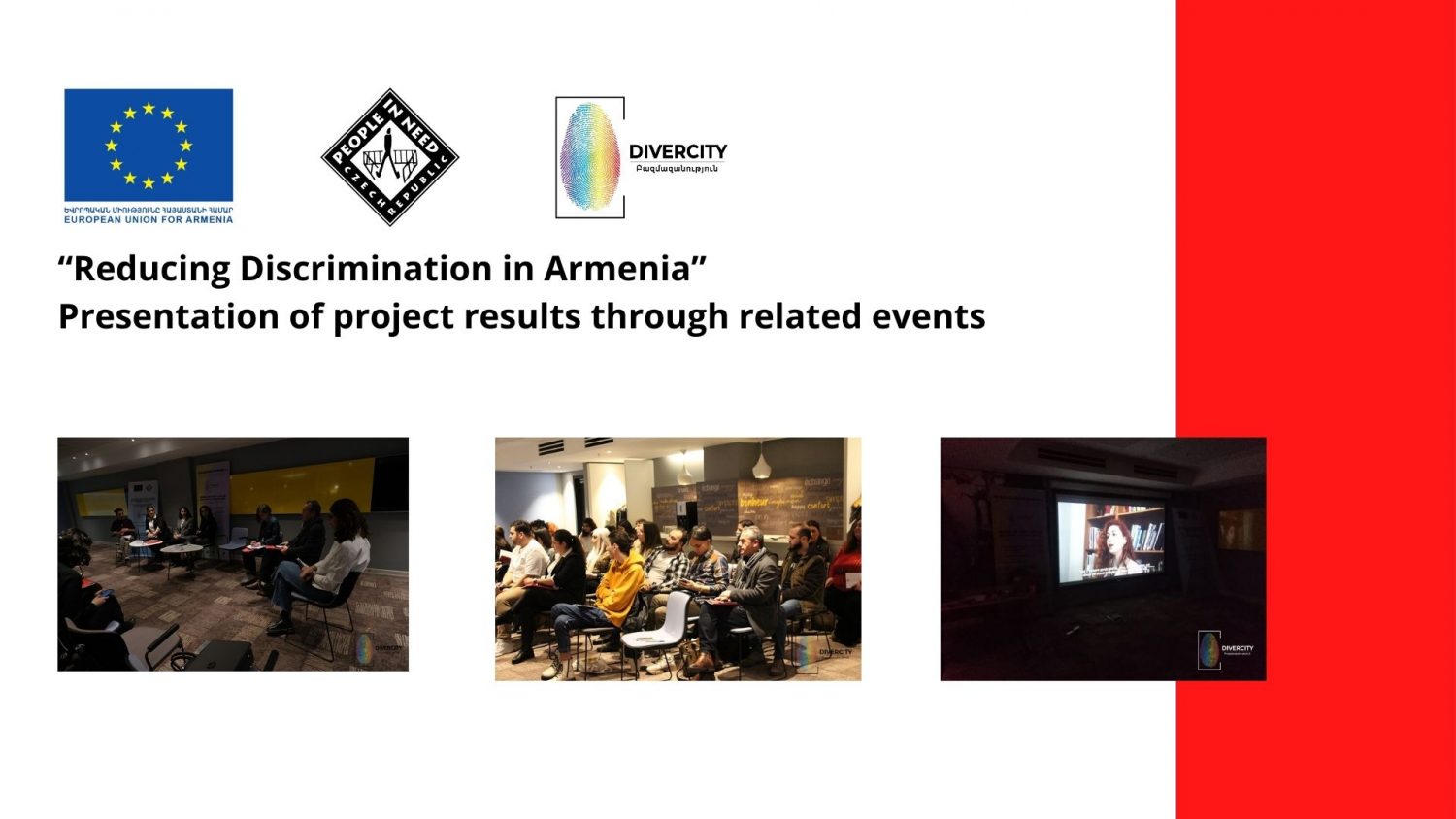 The presentation of the results of “Reducing Discrimination in Armenia” project

On March 25, the “DiverCity” Social-Cultural, Human Rights Non-Governmental Organization (NGO) presented the results of the “Reducing Discrimination in Armenia” project through accompanying events.

The event started with the opening speech of Artak Adam, President of DC NGO, who presented the activities, strategic directions, and the mission of the organization, as well as the objectives and activities of the “Reducing Discrimination in Armenia” Project.

It should be noted that the RA Ombudsman Kristine Grigoryan and the Deputy Ambassador of the Kingdom of the Netherlands to Armenia, George Monsanto were to deliver speeches but, unfortunately, could not attend the event.

The guests of the discussion were․

The discussion was followed by the presentation of the manual “For targeted and vulnerable citizens of pre-conscription and conscription age.” (see the manual), as well as the screening of a documentary film and an informational video shot by the organization.

Watch the documentary “ReIssuing Equality,” in which GBTQ + conscripts tell about their experiences in military commissariats and mental health centers.

“DiverCity” NGO implements the “Reducing Discrimination in Armenia” project with the financial support of the European Union and in the scope of “Civil Society Actors as Divers of Change in the South Caucasus and Moldova.” project implemented by the “People in Need “Armenian office

Within the framework of this project, DC NGO has also conducted training courses for the staff of mental health centers and the vulnerable and targeted youth who are subjected to conscription.

It should be reminded that DC NGO was established in 2019, which aims to promote the development and recognition of cultural diversity in Armenia through human rights, social, educational, and information activities.