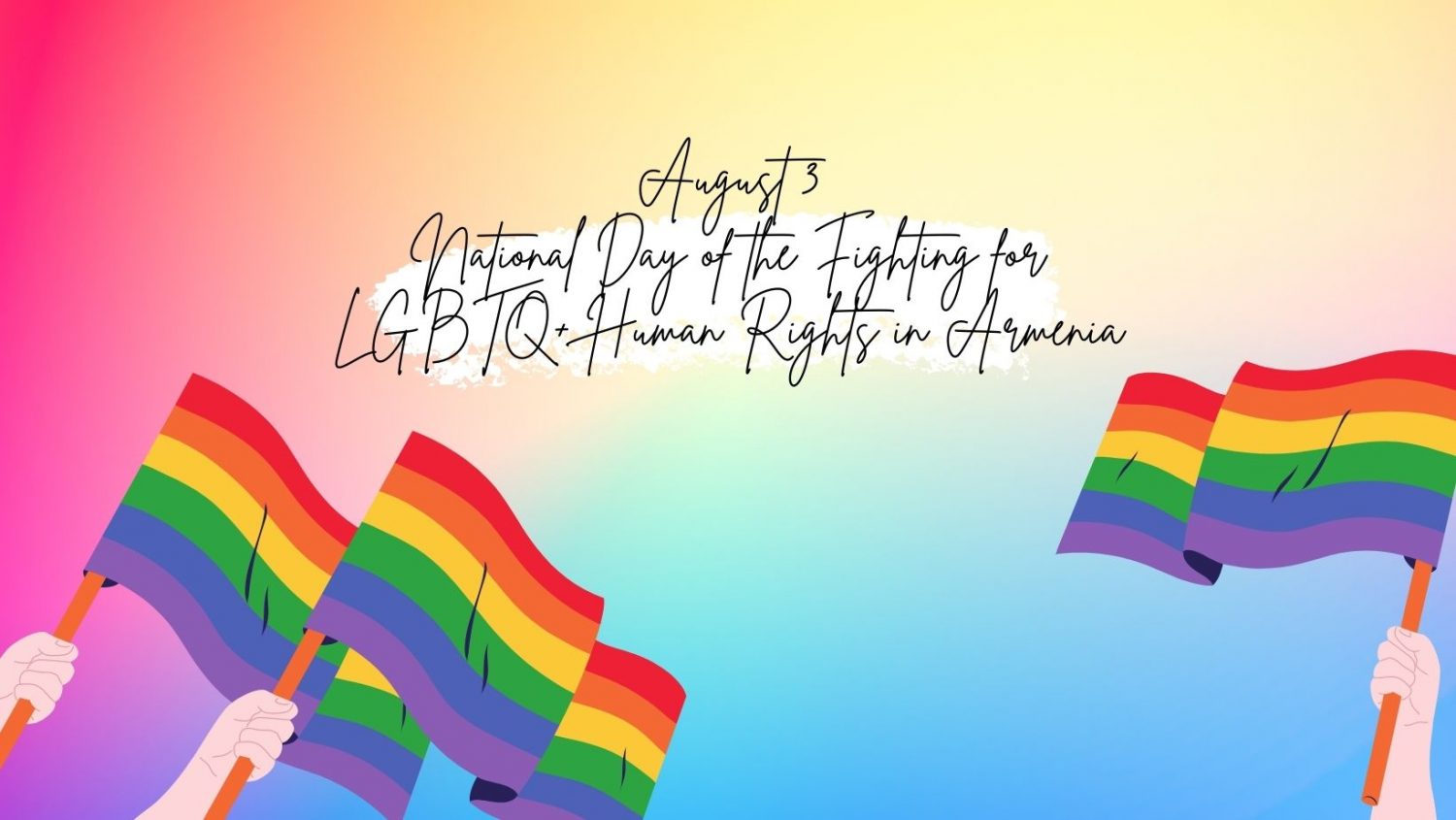 National Day of the Fighting for LGBTQ + Human Rights in Armenia

August 3 is marked as the National Day for the Struggle for the Rights of LGBTQ + people in Armenia, which was started in 2020 by the PINK Human Rights Defender NGO. The day was based on the need to raise the issues of discrimination against LGBTQ + people to draw the attention of international bodies and state structures to the problems.

The day is symbolic.

August 3 has been named the National Day of the fighting for the human rights of LGBTQ + individuals and as the day of recognition of the cases of discrimination and violence on the grounds of sexual orientation and gender identity. On the same day in 2018, in the Shurnukh village of the Syunik region, nine young people, including LGBTQ + activists, were abused by more than 20 people because of their real or alleged SOGI. The investigator’s decision terminated the criminal case, but the court later overturned the decision. Three years have passed since the day of the violence, but the investigation has not been resumed yet, and no one has been charged with any act of violence. Victims continue to fight for their rights in pre-trial bodies and in various courts. In 2020, Artak Adam, the president of the “DiverCity” NGO, in cooperation with the “PINK” NGO, joined the day of the fighting and spoke out on the violence against him.

This year, we join in raising awareness of discrimination against LGBTQ + people based on SOGI to prevent violence, and we call on everyone to join us in promoting equality and justice.

We demand justice and fairness, believing that the day will come when our societies will be truly diverse.