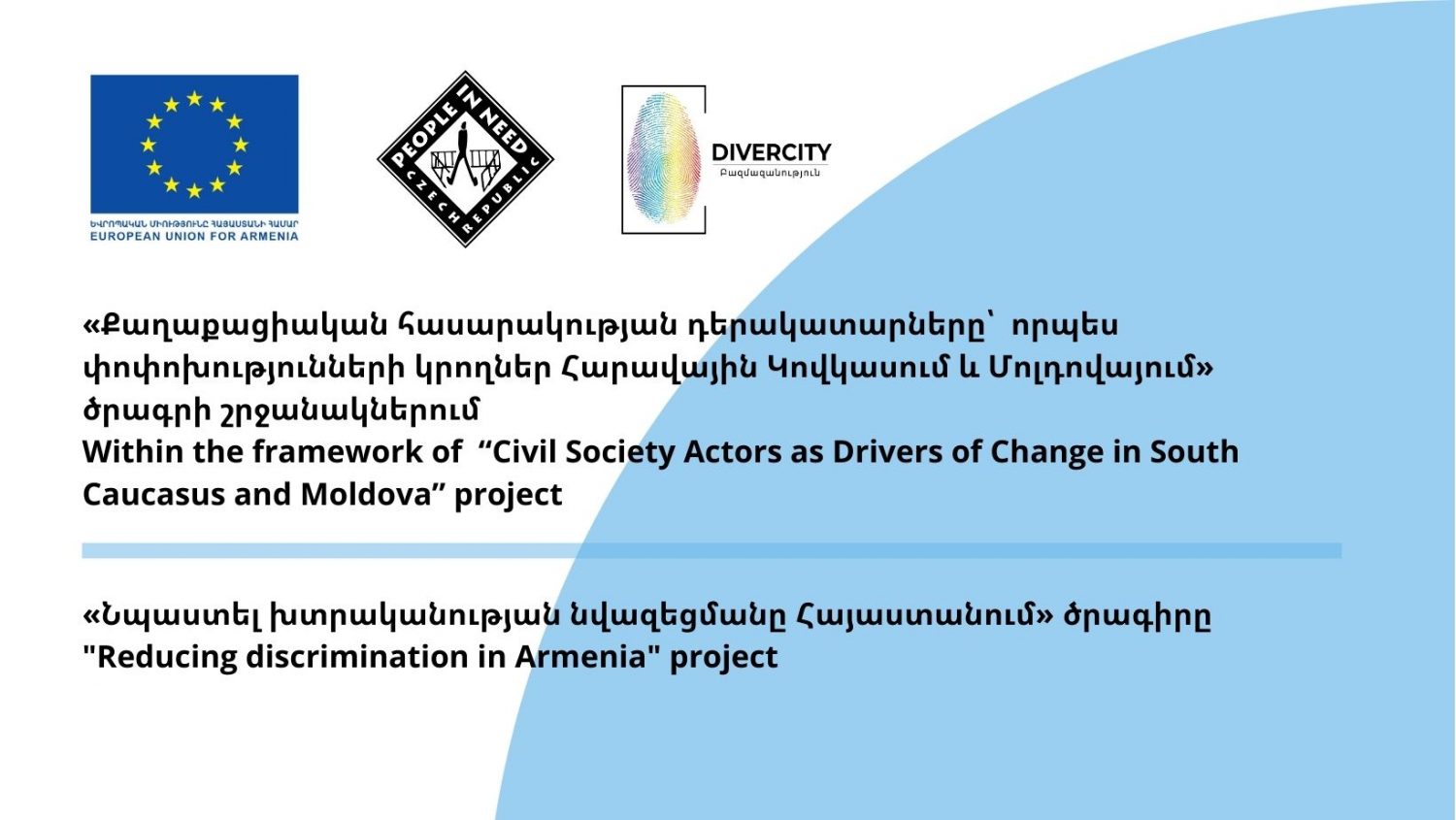 “DiverCity” Social-Cultural, Human Rights Defender non-governmental organization (NGO) implements the “Reducing Discrimination in Armenia” project within the framework of “Civil Society Actors as Drivers of Change in the South Caucasus and Moldova” implemented by the “People in Need” Armenia and with the financial support of the European Union.

The aim of the “Reducing Discrimination in Armenia” project is to identify cases of discrimination during the pre-conscription processes against GBTQ+ persons, national minorities, persons with disabilities, and other cultural identities, including subcultures and countercultures, and prepare a comprehensive report, and to conduct an informational campaign to launch a public discourse to minimize discrimination and violence.

“DiverCity” NGO will also prepare an informational video on the prevention of discrimination based on the report as well as a handbook on human rights for GBTQ + individuals, national minorities, persons with disabilities and other cultural identities, including those with countercultures and subcultures. It is also planned to provide training for the staff of military commissariats and mental health centers.

DCNGO was established in 2019, which aims to promote the development and recognition of cultural diversity in Armenia through human rights, social, educational and information activities.